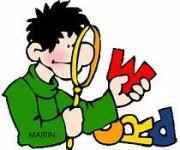 This reading from John’s Gospel is a familiar one particularly at Christmas. But do we understand it? I remember being at a hospice carol service where a doctor read it very solemnly but afterwards was overheard to say that he didn’t understand a word of it! So I’m going to try to explain it! In this passage John is addressing two communities whose understanding of God was very different. On the one hand were the Jewish (Hebrew) readers and on the other Greek (i.e. Neo Platonists). John’s genius was his ability to reconcile both in this hymn-like text. He begins: In the beginning…..which would have immediately transported his Jewish readers to Genesis chapter one and the story of creation. John follows this up with an appeal to his Greek readers with the phrase: was the Word (Greek logos). The logos was an important concept in Greek philosophy referring to the all-pervading reason (what we might call a thought or an idea) running through everything giving form and structure to the universe. For Greeks it was the logos who governed the universe preventing it from falling into chaos – an idea from Neo-Platonism. Plato taught that there exists an ideal world of “forms” (which is perfect) and a phenomenal, physical copy of that world which is imperfect (the world we live in). It follows that for Greeks no god worth his salt would come here! Quite the contrary it was the task of human beings to escape this world by obtaining knowledge (Greek Gnosticism) to navigate their way to God. Still with me? Good! However, John scuppers this argument by saying that the Word (logos) existed (with God) at the beginning of all things i.e. with God (in the sense of being in God’s presence) but distinct from God. In other words the logos was in “fellowship” with God sharing God’s essence and therefore was God! – notice the Trinity making an undercover appearance here! John is arguing that the logos is not one of many (Greek) gods, neither is he merged with God, but is distinct from God while remaining part of the unity of the triune Godhead. Still with me? But John doesn’t stop there but widens his argument still further. The logos (who we later learn from John is Jesus) is God’s agent of creation. Jesus (the Word or logos) was present with God before the world came into being and is now revealed as the world’s creator. John has been slowly building-up his masterpiece so that no-one should be in any doubt about who Jesus is. Jesus is the source of life which is the light of all people. Finally, John literally brings this cosmic Jesus down to earth from heaven where he had resided with God and also the Wisdom of God. John 1:14 describes the incarnation of the logos who became flesh (in the person of Jesus) to reveal the unseen God to all who have faith in him. That God should have come down to stand on the soil of this imperfect world (as we do) would have puzzled Greeks but that is exactly what John is saying. Not only that but this Jesus (the logos) lived among us, and we have seen his glory. John is testifying to being a witness to Jesus and so knew first-hand the truth of what he was writing. Amazing! In a nutshell, Jesus existed with God from all-eternity and brought this world into being. Jesus is the essence of God, holding everything together, who came to earth, in human form, to reveal the invisible God and infuse the world with God’s life. Jesus’ mission was to bring the world into a personal relationship with God because he is the “revelation” of God. That word “revelation” would have made John’s Hebrew readers sit up because it was the dāḇat (i.e. “Word” in Hebrew) of God that was revealed by Old Testament prophets. Phew! There is much more that could be said of course but this is the gist of John’s message in these early verses of chapter one. Now read them again and hopefully it will become clearer still! Don’t give up it’s worth the effort to get your head round it.