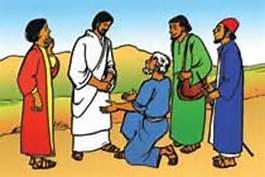 Jesus said to him: “Have you believed because you have seen me? Blessed are those who have not seen and yet have come to believe.” (John 20:29)

The eighteenth century empiricist David Hume set out to discover how we know what we know. Having reflected on it for some-time he came to the conclusion that “miracles” were impossible for the same reason he denied that we can know anything apart from what comes to us through the senses. In fact Hume denied that we can have any real knowledge of anything so it’s no surprise he dismissed the “second-hand” testimony of the Apostles set down in the Bible. Why? Hume reasoned that as human testimony is at best shaky (improved if affirmed by many [and I mean many] witnesses) it was unreliable. Hume sounds a bit like Thomas doesn’t he? Thomas had been with Jesus, heard Jesus speak, saw what Jesus did and yet when he was told that Jesus had risen from the dead doubted it. It isn’t wrong to have doubts. I’m sure we have many doubts about all sorts of things. For example while some politicians are telling us we won’t survive if we leave Europe others are telling us the exact opposite! We may also doubt that it’s possible to feed (and house) a burgeoning world population growing at an alarming rate. And we may doubt that the best days of this church are yet to come. But doubt is only opinion coloured by upbringing, prejudice and culture etc. But one thing is sure; “faith” is being subtly squeezed out of our culture by an atheistic, secular elite. Wake up everyone it’s happening before our eyes! However, when Thomas saw the risen Jesus for himself he changed his tune. “Have you believed because you have seen me?” asked Jesus. That word “believe” has a significant meaning for John. Hume didn’t think it possible to “know” anything about the objective world nor even about cause and effect. According to him just because the sun rose this morning doesn’t mean it will rise again tomorrow. Experience tells us it will but that’s not knowledge, says Hume, merely “habit.” Likewise we may “believe” that Jesus lived, preached and walked the streets of Jerusalem. We may also believe he healed people, saved people and rose again from the dead. But that’s not the “belief” John has in mind. For John to “believe” in Jesus is to be in a personal relationship with him i.e. for Jesus to live in us and be the air we breathe. And throughout his gospel John speaks of those who “believed” and those who did not believe i.e. who preferred the darkness of doubt rather than the light of truth. So where are we this Easter? And where is our relationship with Jesus taking this church? If we’re with Hume we have some searching questions to ask ourselves. If on the other hand we know the risen Lord in a personal and meaningful way we have an assured and abundant future. It’s a matter for each person to consider. If we’re to have a vision for this church we need to be a Spirit-filled people – with guts, drive and determination. Here’s a prayer the Church has prayed down the centuries. It’s very simple: “Lord Jesus, Son of God have mercy on me a sinner.” If that sounds too long it can be shortened to one word: “Jesus.” Pray it as a mantra. It’s all we need to say for the risen Jesus to be born in us. Hume was a product of his age (the Age of Reason) close to the light but with senses clouded by darkness. Don’t let that be us. Jesus is alive.