Two-thirds of people forced from home are still in their own country. Seeking safety but unwilling or unable to leave, they are denied the official protection given to refugees.

The reasons for their displacement are many: conflict, flooding, drought, fear. Torn from their homes, their families and their communities, displaced people are among the most vulnerable to poverty and exploitation in the world.

At Christian Aid, we believe each one of us deserves respect and care. We believe all people should be protected from harm and have a chance to rebuild their lives.

The countries of the Global North are failing poorer communities by neglecting their responsibility to support displaced people.

Many of the world’s displaced remain hidden or ignored. Will you read their stories and join us as we fight for a fair deal for all displaced people?

What are we calling for?

The UN and its member states are working on two new agreements on refugees and migration, but these do nothing to support the 40 million people displaced within their own borders.

We believe that any deal that does not include internally displaced people would be a huge failure. We want the UN and its member states to agree to work towards a FAIR solution that is:

The UK Government is a major donor to the UN’s humanitarian system, and a permanent member of the UN Security Council. It can therefore play a vital role in creating such a deal.

We’re calling on the UK Government to ensure no one is left behind in the UN negotiations and to support better protection for all displaced people. 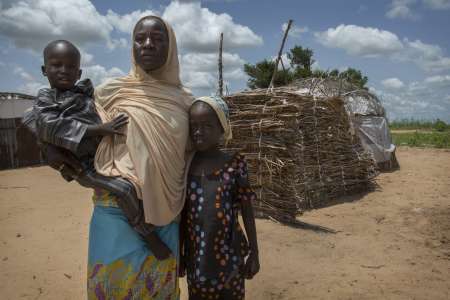 Now, they’re forced to live in a makeshift community just outside Maiduguri, the biggest town in Nigeria’s Borno state. The conditions are appalling.

Because there’s no provision and protection for people like Falmata and her children, this temporary dwelling is the closest thing they have to safety. 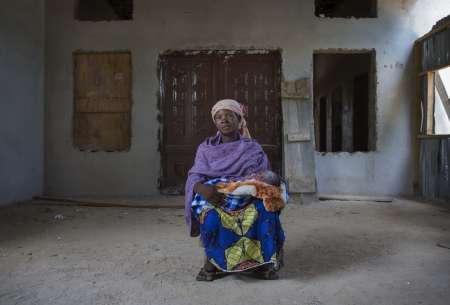 She was forced to make a horrific journey for many miles in search of safety, eventually reaching Maiduguri – but four of the children in her care died along the way. Samira experienced horrific violence, enduring and seeing things that no person should ever have to go through.

Samira has witnessed the worst of humanity. Although she is now safe, the loss of the children she was caring for and the scars of her ordeal make this of little comfort to her.