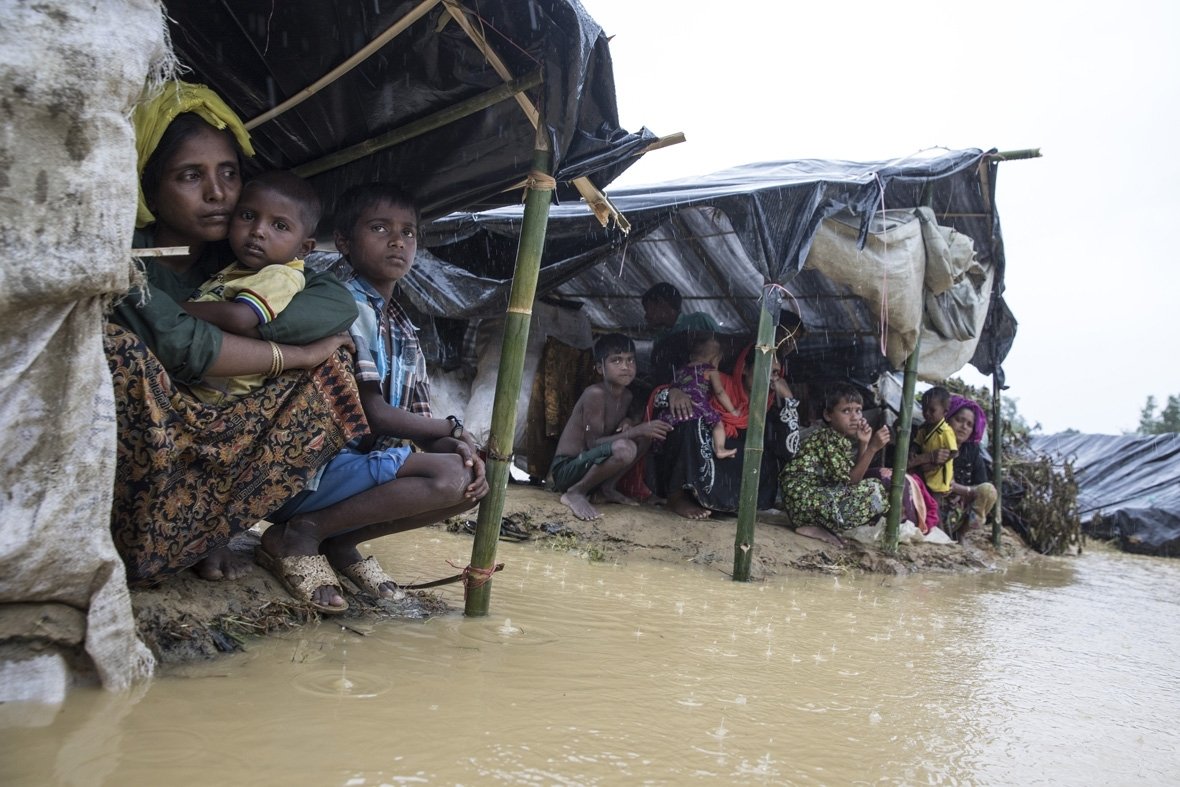 Responding to the Rohingya refugee crisis

More than 850,000 refugees are stuck in camps on the border of Bangladesh following escalating violence in Myanmar. This is now the fastest-growing refugee crisis in the world.

Those who fled walked for miles, and for days on end. Conditions in the camps are incredibly difficult and many people are sick and at risk of serious disease.

Christian Aid is co-ordinating the response at Jamtoli camp which shelters over 50,000 Rohingya people. Our partners have provided thousands of blankets, floor mats, kitchen sets and tarpaulins. We have also improved the toilet and washing facilities in the camp and given healthcare support to over 12,500 refugees.

Jamal Hossain and Layla Begum live in Jamtoli Camp with their two sons and daughter.

Jamal and Layla were farmers in Myanmar. They lived in their own two-story wooden house and owned livestock, palm trees, and a garden where they grew vegetables.

The family fled to Bangladesh to escape escalating violence. They left almost everything behind but the clothes on their backs and a solar battery, their most precious possession.

Their tent is sturdier and more comfortable than many shelters at Jamtoli.

In December, Jamal and Layla received floor mats, blankets, and a kitchen set from Christian Aid.

‘This is the fastest- growing refugee crisis in the world.’

Jamal said that, after his long journey over the border and the hardships his family faced on the way, it was a relief to rest and relax. He does not want to go back unless their safety could be guaranteed.

Thank you for your support of Commitment for Life, which has enabled Christian Aid to support Rohingya refugees.